by KOF
in Photography
0

Imagine seeing an entire day and then night captured in one photograph.

Stephen Wilkes has made this happen in his latest photo series entitled “Day to Night”. How is it done? He captures multiple images throughout the day and night and then takes the best images and splices them seamlessly together.

To get the bird’s eye view, he also will rent a bucket truck called the ‘condor’. He does take a lot of photos in and of New York City. 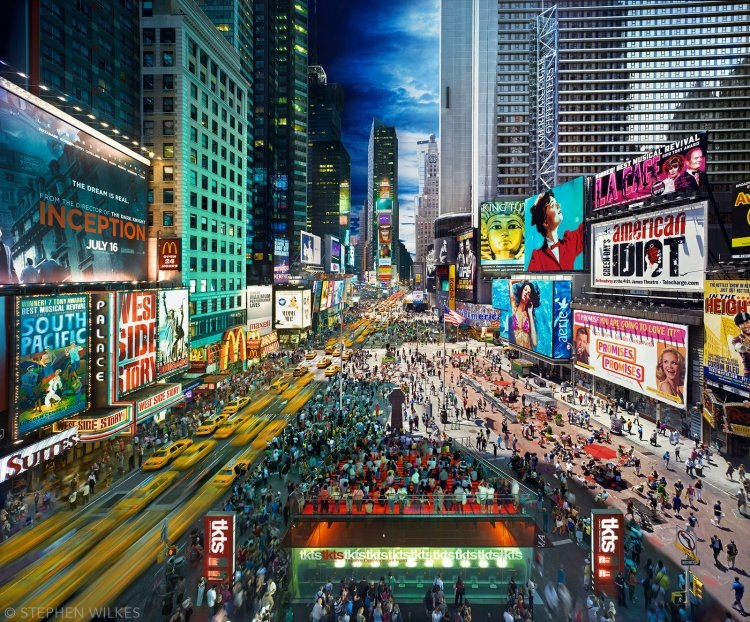 “It’s almost a celebration of what New York is to me. A love poem or sonnet, to the city that I love so much.”

While in the bucket truck, he will spend as much as 15 hours taking photos from different angles, all recorded on his camera and computer. He will take up to 1400 images before he is done. It’s a sort of time-lapse photography, but not really. He photographs every frame and photo by hand.

“You really never know what you are going to see until you get up above it.”

In his now famous photo of Day and Night in the Serengeti National Park, Tanzania, he took up to 2200 images over a 26 hours period to capture the most stunning photos, spliced together and capturing a ‘jungle book’ of sorts around a watering hole. 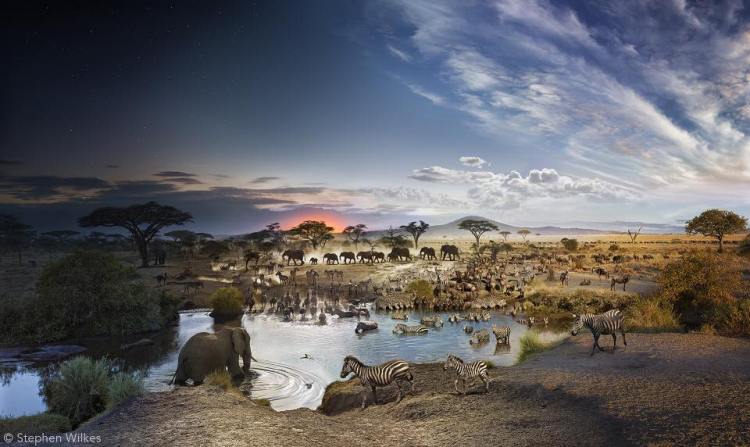 The process of capturing so many photos and splicing them together can take up to 4 months after a single day and night of shooting. “The changing of time in a single photograph, all the little visual stories. That’s what’s been so much fun about it. It is the most complex project I could have ever imagined. It’s a challenge, and as a photographer, I love challenges.”

His favorite quote: “They only throw the rice once.” and “The harder I work, the luckier I get.”

To see more of his work, please visit his website. 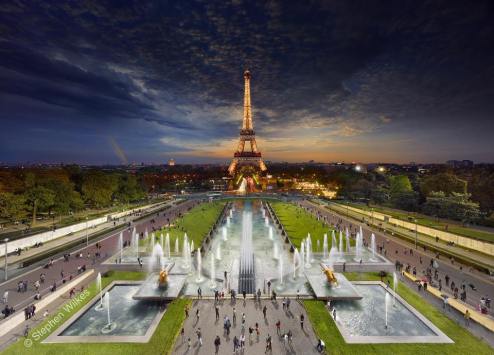 Abandoned Hotels – A Part of our Urban Decay