Abandoned Hotels – A Part of our Urban Decay

Abandoned hotels have always fascinated us. A part of our urban decay. Here are a few fascinating and iconic hotels.

The Sarlitza Palace Hotel in Thermi was designed by French architects and built in 1909 by order of the Turkish Sovereign Hasan Mola Moustafa. It once attracted Kings, and Heads of State. For more than 40 years visitors and celebrities from all over the world were drawn by its opulence and healing waters. It began to fall into decline in the 60′s and eventually closed in 1980. “Sarlitza Palace” means Palace of the Yellow Spring, after the thermal springs that are located next to the hotel.

The Prefecture of the Northern Aegean has submitted a proposal to the hotel’s current owners to return the Sarlitza Palace to its former glory. The Prefecture will undertake the restoration of the existing buildings and maintenance of the hot springs. It further hopes, pending approval by the state archaeological and other services, to fund the construction of additional facilities to turn the grounds into a thermal spring therapeutic center or a tourism development center. (Lesvos) 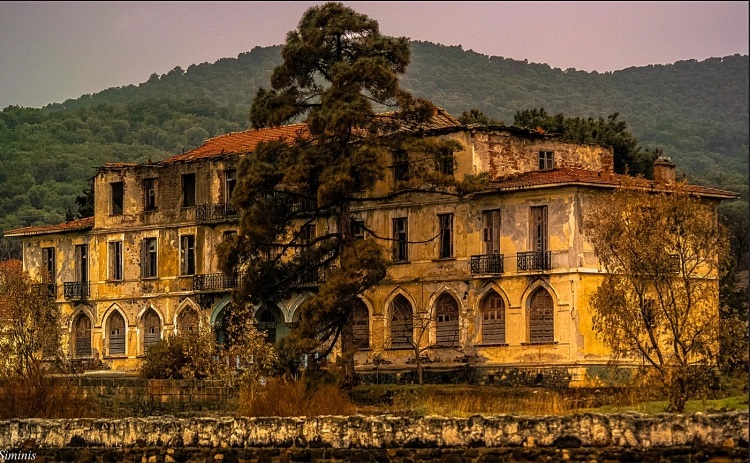 The famous hotel Sarlitza at Loutropoli Thermis village some kilometers north of Mytilene town.
The hotel was built in 1909 and closed its doors in 1982.
Situated in a beautiful setting distinguished by its architecture and the services offered to its clients. Among these were the thermal baths from the hot springs of Thermi village.
After the liberation of Mytilene in 1912, the hotel hosts Eleftherios Venizelos, Rear Admiral Paul Kountouriotis and other important personalities of the time, remaining a reference point in the region.
In the Asia Minor Catastrophe, hotel and thermal baths pass to the Greek State and then, in 1925, to the National Bank.
This photo of hotel Sarlitza was taken during a recent journey to the homeland. Courtesy Charalambos Siminis (Flikr) The 105-story, pyramid-shaped hotel that has stood over North Korea’s capital city like a mountain for more than 20 years. Completed, it would be the 3rd tallest building in the world.
The structure, (designed by Baikdoosan Architects & Engineers) first began construction back in 1987. With a completion date of 1989, it was intended to be open in time for the 13th World Festival of Youth and Students. If this had taken place, the Ryugyong would have been the tallest hotel in the world at that time.
For several decades the unfinished hotel towered above the city of Pyongyang, an idle hulk serving as a mocking reminder of North Korea’s broken economy and government system. Courtesy Sobify

The Ryugyong Hotel (Korean: 류경호텔) (sometimes anglicised as Ryu-Gyong Hotel or Yu-Kyung Hotel) is an unfinished 105-storey pyramid-shaped skyscraper in Pyongyang, North Korea. Its name (“capital of willows”) is also one of the historical names for Pyongyang. The building is also known as the 105 Building, a reference to its number of floors. Construction began in 1987 but was halted in 1992 as North Korea entered a period of economic crisis after the fall of the Soviet Union. After 1992 the building stood topped out, but without any windows or interior fittings. In 2008 construction resumed and the exterior was completed in 2011. A partial opening was planned for 2012 – and again for 2013 – but abandoned. (Wikipedia)

The building has been planned as a mixed-use development, which would include a hotel.

Since construction began in 1987, the monolithic structure has featured widely on architecture and urban exploration websites. All but abandoned until recently, the vast, concrete hulk is finally being completed, although its very existence remains as shadowy as the Communist regime presiding over its construction. (Urban Ghosts) 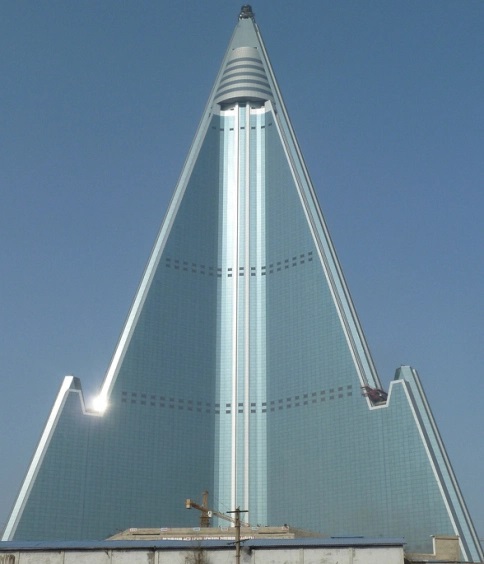 In 1923, the building was constructed as a mansion by the architect Carlos Arturo Tapias, as a symbol of the joy and elegance of the elite citizens of the 20s. “The Mansion of Tequendama Falls”, as the house was called, was built during the presidency of Pedro Nel Ospina (1922-1926).[3] Its exterior features French architecture. The Tequendama Falls Hotel was reached by train from Bogotá.

Starting in July 1950 the building was to be reconstructed into an eighteen-room hotel, but construction never began. Gabriel Largacha was the designer and Domenico Parma was the constructor. The hotel was then abandoned in the 90s for more than two decades due to river contamination.

The Institute of Natural Sciences of the National University of Colombia and the Ecological Farm Foundation of Porvenir were jointly in charge of the renovations to convert the hotel into a museum. The mansion reopened as a museum in 2013 with its first exhibit: “Caverns, ecosystems of the subterranean world”. (Wikipedia) 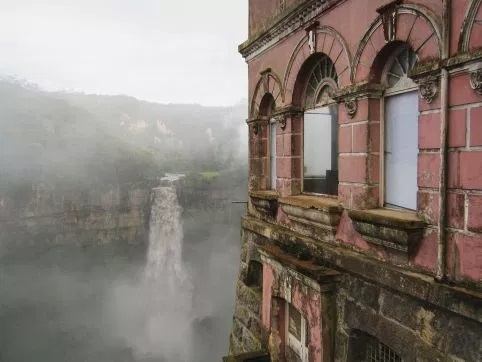 The Divine Lorraine Hotel, also known as the Lorraine Apartments, stands at the corner of Broad Street and Fairmount Avenue in North Philadelphia, Pennsylvania. Designed by architect Willis G. Hale and built between 1892 and 1894, the building originally functioned as apartments, housing some of Philadelphia’s wealthy residents. Lorraine Apartments was one of the most luxurious and best preserved late 19th-century apartment houses in Philadelphia.

In 1900 the building became the Lorraine Hotel when the Metropolitan Hotel Company purchased the apartments. Later it would become the first hotel in Philadelphia to be racially integrated under Father Divine.

The hotel was abandoned and deteriorated, with graffiti all over the walls, broken windows, and crumbling stone. On September 16, 2015, a massive renovation project was begun, one of the City of Philadelphia’s massive reconstruction projects between 2015-2035. (Wikipedia) 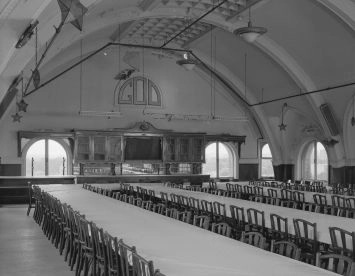 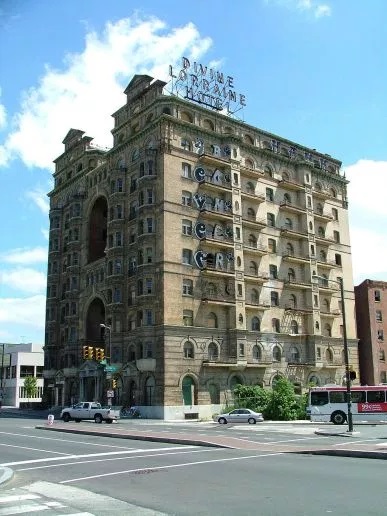 3 Ways to Make Date Night For Your Relationship